The public information era of public relations saw the founding of many agencies and departments whose purpose was to provide the public with accurate, timely, honest, and favorable information about an organization or client. 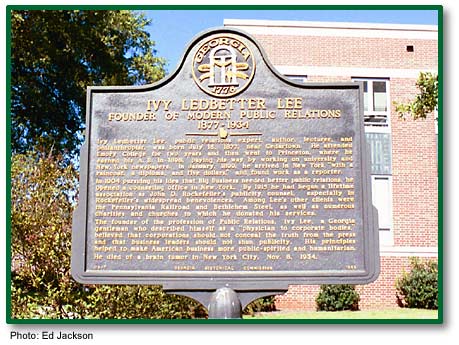 A pivotal figure in this era was Ivy Ledbetter Lee, known as the first public relations practitioner. Among his contributions to the field was his "Declaration of Principles," which called for honest communication with the public on behalf of a client.

During the middle and latter parts of the 20th Century, much of public relations activity, both research and practice, was built on the advocacy model, in which organizations tried to influence the attitudes and behaviors of their publics. Much of the communication research was related to the war-time interest in propaganda, brainwashing and social manipulation. In the post-war era, many researchers and practitioners continued to explore their interests in persuasive communication.

Social reform continued to be a key impetus for public relations activity, and many techniques were successfully employed on behalf of issues such as child labor, workers' comp, prostitution, regulation of big business, food safety and other early consumer issues. 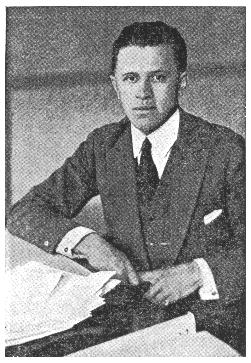 Government also was using public relations techniques. Th Committee on Public Information headed by George Creel (left). This committee was active during the First World War. It was replaced during the Second World War by the Office of War Information. The OWI was a precursor to the United States Information Agency (USIA), which later became the Office of International Information Programs (OIIP) of the State Department. The Voice of America radio system was established.

The advocacy model continues to be used in many situations. Most public relations agencies provide advocacy services for their clients, particularly those with products or services in competitive environments. the advocacy model is prevalent in political public relations, as well as in cause-related promotions of many types, from promoting citizen support for military campaigns to generating public support for health, safety, welfare, and other public issues.

The latter part of the 20th Century and the beginning of the 21st has spawned a new approach to public relations, which complements the earlier three approaches of publicity, public information and advocacy. This new relationship model is built on the principles of communication as listening and on conflict resolution and the search for mutual benefits for both organizations and their publics.

In the civil world, this relationship approach has been seen in concepts such as détente and rapprochement. In the religious world, the ecumenical movement and interreligious dialogue are examples of the relationship model. In the business world, public-private partnerships and the courting of consumers are becoming common.

In all of these situations, public relations is becoming more research based and more a function of the management and leadership of an organization, rather than simply the implementation of communication tactics. Meanwhile, new technologies such as the Internet that allow organizations to communicate directly with their publics, combined with the fragmentation of the so-called mass media, are creating new opportunities for public relations practitioners.